Dorothée Cornec was born in Alsace. She starts playing the harp at the age of 7. She is taught by Marion Navarro in Obernai then by Françoise Lucotte in Dijon where she is awarded the DEM (Diploma of Musical Studies) in 2001. Then, after studying with Béatrice Guillermin in Troyes, she obtains an Advanced Diploma with congratulations of the jury.
In 2004, she enters the " Conservatoire National Supérieur de Musique" in Lyon , in Fabrice Pierre's class in order to improve as a soloist and in 2008, she is awarded a prize with a special commendation from the jury. At the same time, she graduates with a DEUG in musicology at the university of Dijon.

She regularly plays in prestigious places such as G V Four Seasons in Paris, Cour des Loges in Lyon and in a vast number of French and foreign castles.

Keen on teaching, she also obtains the DE as a harp teacher. With more than 15 years of experience in a lot of music academies, she currently teaches in Beaune, Nuits St Georges and Dijon.
Since 2014, she has organized " Les journées de la harpe" in Beaune and every summer, she teaches at the " Academy of music of Beaune". 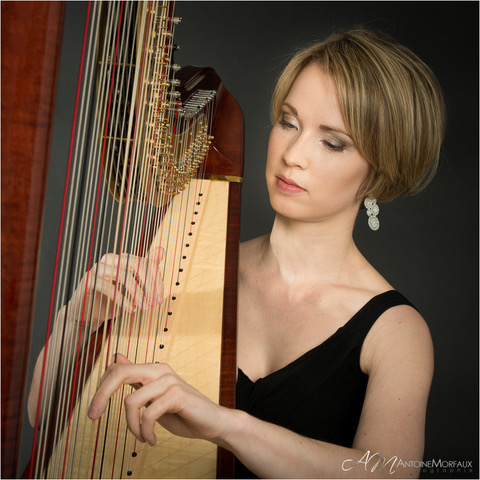 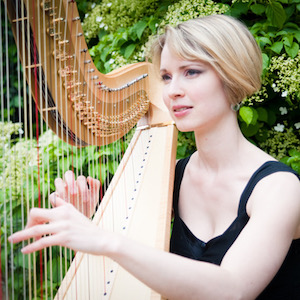 Professionnal harpist, Dorothée Cornec offers its services for all your events. 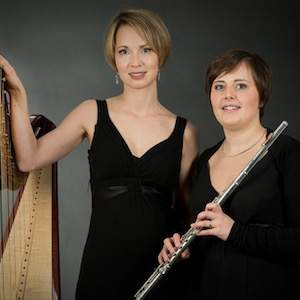 Dorothée Cornec also offers his services with other instrumentalists such as the flute with avec Cornélia Moroso, la voix, le violon … 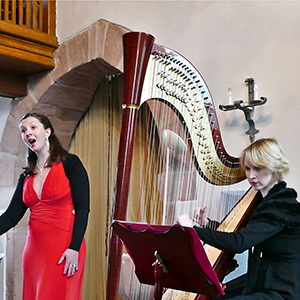 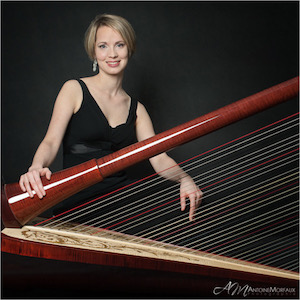